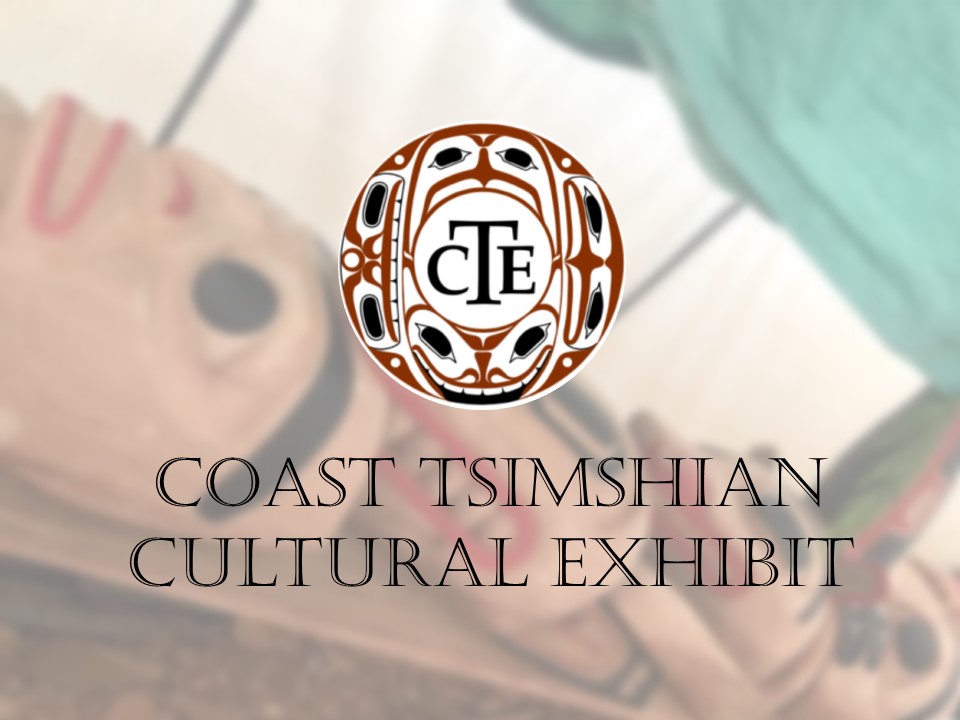 LAX KXEEN, Prince Rupert, British Columbia – After months of preparation, the Prince Rupert Airport, is now home to three large cultural art pieces, which have been installed on site at YPR’s Digby Island Terminal, as part of the Coast Tsimshian Cultural Exhibit.

After a lengthy submission process, Michael Epp was commissioned to carve two 15 foot poles for the exhibit, installed near the entrance of YPR where the airport shuttles drops off passengers.

“Carving the two Ła bała Sganm pts’aan (welcome poles) was truly an honor, bringing to life the creations from the beautiful gift smg̱an (ancient red cedar),” said Michael Epp, Artist. “These poles were carved with much łoomsk (respect), paying homage to all of our Sm’ooygit (Chief) and each pteex (clan) of all the tribes. The traditional xsoo (canoe) welcome, is portrayed in the bottom figures.”

The two poles are currently on site – one depicting a human figure with a paddle, and nine symbolic human figures representing the 9 tribes of Lax Kw’alaams and Metlakatla. The second pole depicts the four crests – eagle, raven, wolf, killerwhale – with a human figure at the base.

Henry Kelly was commissioned to carve a 30 foot dug out canoe, which is on display in the lobby of YPR across from the baggage claim.

“I’m a student of the art and I’m just trying to keep our art and culture alive. This is our identity, it connects us to our past. And this just goes to show we are not going away,” said Henry Kelly, Artist.

In addition to the canoe, Kelly also carved a smaller 5 foot four crest pole, to be installed inside the terminal at a later date. The 5 foot pole is yellow cedar and inlayed with abalone shells, bone and other natural materials.

“Art is inherently important to our traditional governance system. The representation of the nine tribal figures, and the four crests in the poles and canoe reaffirm that relationship between art and governance,” said Mayor of Lax Kw’alaams Garry Reece.

“This art installation is a great opportunity to engage and educate the public about the traditional territory of the Coast Tsimshian, and the Nine Allied Tribes of Lax Kw’alaams and Metlakatla,” said Metlakatla Chief Councillor Harold Leighton.

The art pieces are owned by Lax Kw’alaams and Metlakatla by way of the jointly owned company Coast Tsimshian Enterprises, with support from DP World and PRPA.

“We greatly value the opportunity to support this important new exhibit showcasing Ts’msyen art and culture. As people arrive in or depart from our community, they can be reminded of the rich history and proud traditions that make our community and region unique,” said Shaun Stevenson, President & CEO of the Prince Rupert Port Authority.

The project is on display starting the weekend of November 20th, 2020.